Lawyers abuse alcohol at a 50- 80% higher rate than the general population.

I practiced law competently and successfully for 16 years in Philadelphia and Portland, Oregon. I tried major civil trials. There were never any complaints from clients regarding competence or ethical issues. I was financially successful. On the outside everything seemed fine.

I had an occasional nagging thought that I might be drinking too much. I ignored it, rationalizing that I was Irish, worked hard, and deserved to cut loose.

Then in 1986, I began using drugs recreationally. First, marijuana, then cocaine and eventually opiates and heroin. Before I was even aware, I was hooked.

From that point I began a rapid descent into addiction and crime. I began “borrowing” funds from my client trust account. Oh, I replaced the funds — at first. Then the day came when I could not.

I lied to clients and to judges. I began to neglect my work, to be late to court, to miss court dates and filing deadlines. Clients began to file complaints with the bar association.
I remember receiving a call from the program attorney of the Oregon Attorney Assistance Program. He asked me if I was having any problems. I was afraid and so I said no.

I began to feel hopeless, depressed and I wanted to die. I had violated most of my moral and ethical beliefs. I didn’t believe there was an answer or a solution to my problems. I was suffering from paranoia. My world had crashed down on me. I was broke. All I could think
of was getting the next “fix.” I was associating with unsavory people. I was desperate and I believed the only solution was to run away from it all.

Then the program attorney came to my office. Something inside me, (probably a desire to live) allowed me to tell him the truth. Immediately the members of the attorney assistance program stepped in to help. Most of them were recovering alcoholics or addicts. They put me in treatment, took running my office while I was away.

While in treatment, they helped me make the decision I did not want to make; to resign from the Bar in lieu of disbarment.

I began attending closed AA and Narcotic’s Anonymous meetings sponsored by the program. I was able to share my experiences and to get help
from other recovering lawyers. They supported me through the closing of my office and through my guilty plea and sentencing for two counts of aggravated theft. They came to see me in jail and they supported me when I was released. I was an active member of the attorney assistance program up to my move here to Iowa.

The Oregon Attorneys Assistance Program gave me many gifts. Most importantly it gave me the will to live and the support I needed to deal with the wreckage of my life.

Our program is here to help lawyers here in Iowa who are addicted to alcohol or drugs, who are depressed or stressed. Many are afraid of the choices they have made. However, volunteers throughout the state will help.

I have been given a second chance. I want to help anyone who needs help. Please feel free to get in touch.

According to a recent report of the ABA, studies indicate that more than 50 percent of all disciplinary cases involve impaired lawyers.

The incidence of malpractice insurance claims are significantly higher among impaired attorneys. 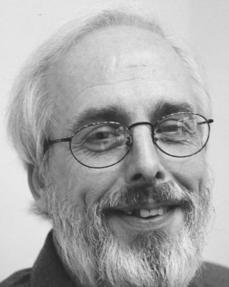